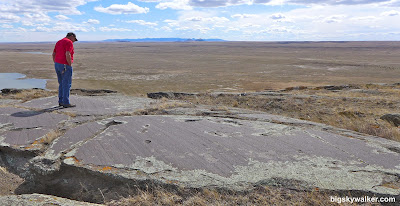 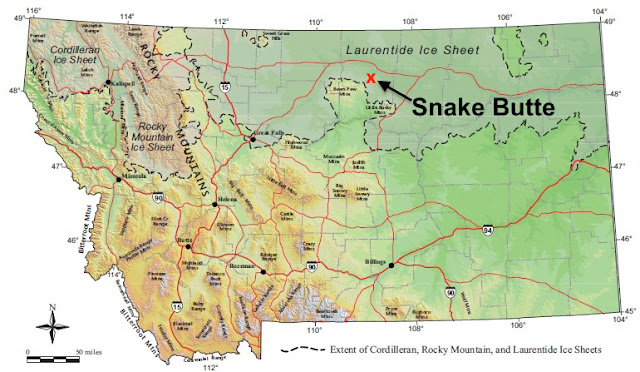 Concretions Along the White Cliffs of the Missouri River 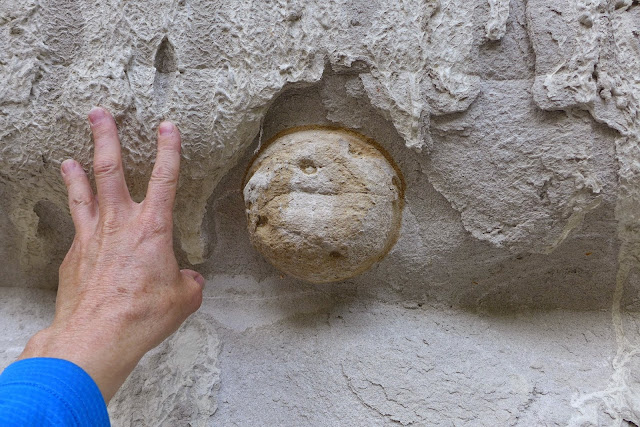 There are several places in and along the White Cliffs of the Missouri River in north-central Montana where you can see great examples of concretions. A concretion is a roughly spherical mass of sandstone embedded in less durable sandstone. Concretions form within layers of sand/sandstone that have already been deposited, usually before the rest of the sand has hardened into rock. Concretions form when a mineral precipitates and cements sediment around some sort of "nucleus", which is often organic - a leaf, tooth, piece of shell or fossil. Fossil collectors sometimes break open concretions in their search for fossil animal and plant specimens. The "concretionary cement" often makes the concretion harder and more resistant to weathering than the sandstone it is embedded in.

Below: Here are a couple more photos of concretions along the White Cliffs of the Missouri. This 47-mile stretch is one of the premier canoe/kayak trips in the USA. CLICK HERE for an account of the 3-day journey (lots of photos). Here is another link to more information about concretions, including a short video (does not open on many mobile devices). 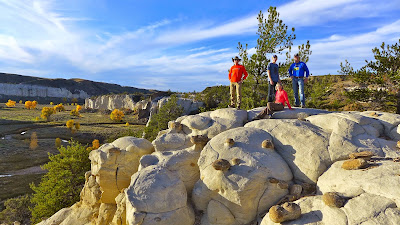 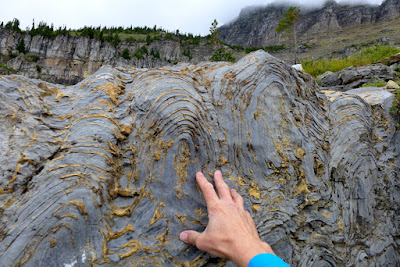