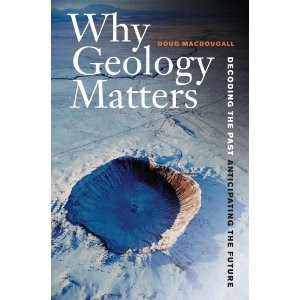 Many students don't understand what the "geologic time scale" is. The time scale is a way to show the various time periods of Earth's history in chronological order. Basically it's an outline that facilitates communications between geologists and paleontologists, etc. by making it easier for them to determine relationships between rock formations and fossils, and describe the timing of past events. CLICK HERE to see an interactive version of the time scale, courtesy of the University of California Museum of Paleontology. Another, printable (pdf) version, is provided by the Geologic Society of America: CLICK HERE to open it.

The time scale was established in the 1800s, using principles of relative dating (fossils, super-position, cross-cutting relationships, etc.). In the 20th century radiometric dating allowed dates to be added. Earth's history was divided into major time periods called "eons", and then sub-divided into even smaller spans of time (eras, periods, epochs).

Students may wonder why one period ended and another began. Each period was different from than those before and after it; different organisms, different climate, etc. . . and one of the challenges of geology is figuring out what caused these changes. In some cases the ends of time periods coincided with mass extinction events. For example, most scientists believe the extinction event that abruptly ended the Mesozoic Era was caused by an asteroid impact. Unfortunately, not all transitions are so well-understood.

And the resource is . . .
To strengthen your understanding of Earth's history, read Why Geology Matters (2011) by Doug Macdougall. Macdougall explains significant events in Earth's history and provides a perspective that brings together oceanography, meteorology, astronomy, and geology. Macdougall also wrote "Frozen Earth: The Story of Once and Future Ice Ages"; another one of my favorites.